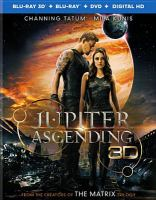 Published
Burbank, California : Distributed by Warner Home Video, [2015].
Rating
MPAA rating: PG-13; for some violence, sequences of sci-fi action, some suggestive content and partial nudity.
Status
Available from another library
Where is it?
Place Hold
SHARE