This Old House: A Lily Blooms in the Jaws of Hell
(eBook) 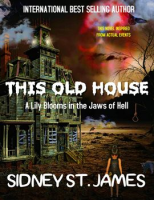