Ship of Smoke and Steel
(eAudiobook) 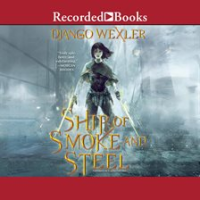