Lifting as We Climb
(eAudiobook) 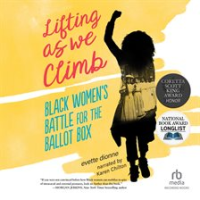