Now That I've Found You
(eAudiobook) 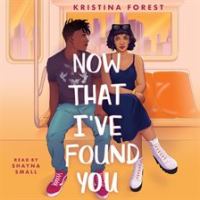