The Coyotes of Carthage: A Novel
(eAudiobook) 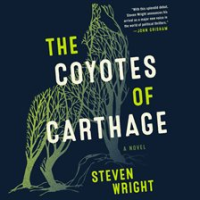