The Woman Left Behind
(eAudiobook) 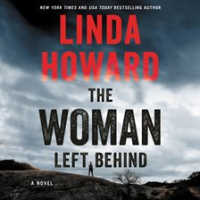