Not My Father's Son
(eAudiobook) 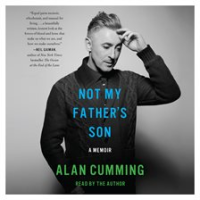