The Girls Of Murder City
(eAudiobook) 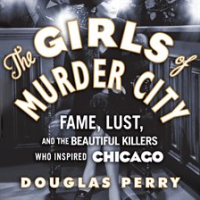