Sin in the Second City
(eAudiobook) 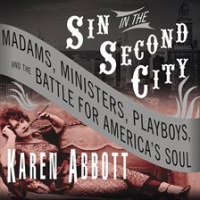