Rosewater: A Family's Story of Love, Captivity, and Survival
(eAudiobook) 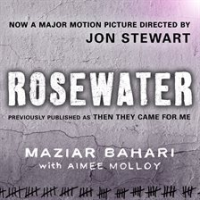